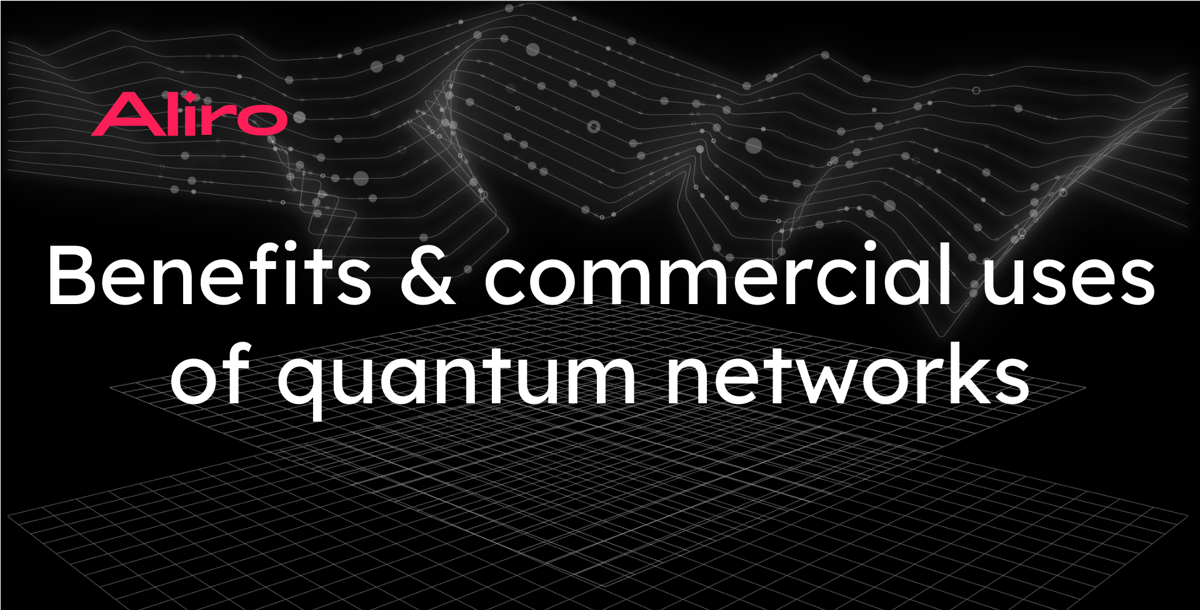 This article is taken from an interview with Aliro CEO Jim Ricotta that was originally published by Skyla Baily for AZO Quantum. You can find that article here.

Put simply, what is a quantum network?

While there are some similarities to classical networks, quantum networks are fundamentally different and will enable a host of new applications and innovations from “physics-based” secure communications and clustered quantum computing to more precise quantum sensing and improved GPS reliability.

On a technical level, there isn’t a direct analogy between quantum and classical networks, but I’ll do my best to explain the differences clearly for readers.

Whereas the classical internet transmits bits from sender to receiver, the quantum internet distributes entanglement. Entanglement is the quantum phenomenon where quantum bits — or qubits — can become intertwined across long distances. A quantum network’s ability to create and distribute entanglement is similar to how TCP/IP defined the core foundational service provided by today’s internet.

Applications running on nodes connected to the quantum internet will be able to request entanglement on-demand and establish entanglement by distributing pairs of entangled photons between nodes. This can be done over the standard telecom fiber that is in the ground already, or in free space. Once established, entanglement allows for Teleportation ---communication exchange without the need for physical transmission. That’s the key to enabling quantum secure communications, one of the most touted benefits of quantum systems.

Aliro delivers a software platform for running and managing quantum networks, offering what it calls ‘quantum entanglement as a service' (EaaS). What is this and how does it work?

Quantum Entanglement-as-a-Service is Aliro’s approach to enabling entanglement-based quantum networks. It’s a fundamentally different approach than networks based on quantum key distribution (QKD), which I’ll get to in a minute.

Going back to the classical/quantum analogy, Entanglement as a Service (EaaS) can be likened to packet forwarding on classical networks – it’s the fundamental technology needed to connect users of quantum networks with entangled qubits across long distances using networks of quantum repeaters.

This is important for many reasons, but among the biggest is the ability to convey information without physical transmission, making quantum networks “unhackable.” Traditional threats, like eavesdropping or “man-in-the-middle” attacks are rendered impossible by the fundamental laws of physics. As we build ever more powerful quantum computers, data transmitted today conventionally, even if encrypted, could become hackable at some future date. The solution is to develop a long-term, quantum-safe security fabric such as those enabled by EaaS networks.

Some readers might be wondering why we don’t just use QKD to build quantum networks, and there are several reasons why we don’t believe that QKD is a long-term quantum network solution (and we are far from alone in this belief). First and foremost, today’s QKD networks are single-purpose, capable of running only one application -- the distribution of quantum keys. Going back to the classical networking analogy, the “plain old telephone service” (POTS) network of the 20th century was a special-purpose network that only provided voice service. It was replaced by TCP/IP networks that could carry voice (VOIP), but also could host many other applications (web browsing, video, e-commerce, etc.). EaaS networks provide entanglement as a resource, which can be used by a variety of applications. So EaaS is like TCP/IP, and QKD is like the old POTS network. 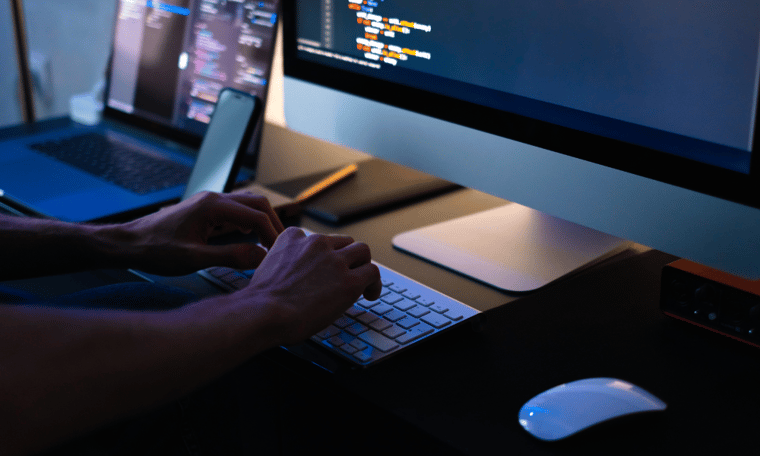 The other big reason QKD is unlikely to catch on is related to inherent security concerns. To support long-distance communications, QKD networks rely on trusted nodes, which can compromise security if the network is managed by a third party, such as a service provider. In contrast, EaaS networks support more general topologies and greater distances than QKD networks without compromising security.

EaaS networks use quantum repeaters to establish direct entanglement between the nodes that wish to communicate, meaning that the network user does not need to trust the network provider. This is one of the reasons that the U.S. National Security Agency has publicly stated that they do not recommend QKD unless several known limitations have been overcome (see here).

What are the security and communication benefits of utilizing quantum networks?

They are potentially huge; quantum secure communication is one of the biggest near-term use cases, and is widely considered to be a game changer. Today’s applications rely on a combination of symmetric and asymmetric encryption for security (i.e., RSA, DSA, DHEC, etc.). These algorithms are based on specific mathematical problems and the assumption that these problems are intractable to solve. As you probably know, the discovery of Shor's algorithm in 1994 showed that a quantum computer can solve these challenging mathematical problems in minutes, ensuring that internet security as we know it today will be forever broken, and the danger is retroactive. 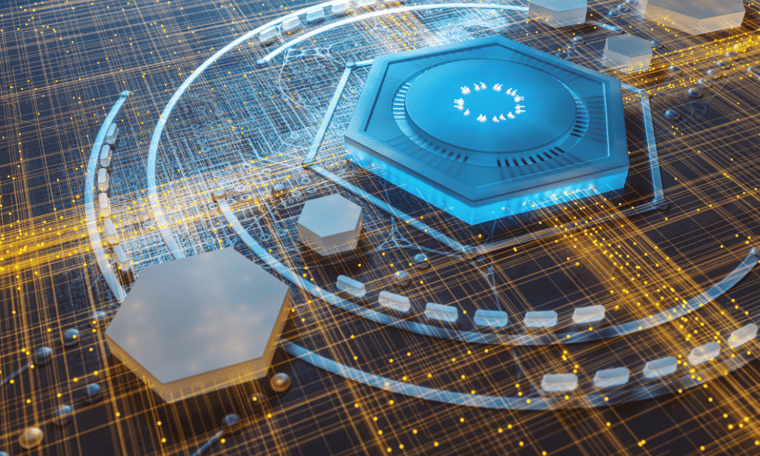 If you capture secret traffic today, you will be able to decrypt it later once you have access to the quantum computer in the future — a real here-and-now problem for any applications where information transmitted now must remain confidential for many years to come.

That’s why the ability to provide entanglement-based quantum networks is such an important step. In quantum EaaS-enabled networks, the secret user keys/qubits are never sent across the fibers or the quantum routers in the network. Instead, the secret user qubits are teleported directly from the source endpoint to the destination endpoint. They never touch the fibers or quantum routers, so they cannot be observed by an eavesdropper on the network or captured.

What do you envision will be the most significant commercial applications of quantum networking and computing technology?

There are so many potential applications that could deliver breakthrough solutions to some of our greatest modern challenges – climate, medicine, digital trust, etc. But just as developers who were first building the ARPANET could never have imagined the ecosystem and applications that would emerge as a result, we are at a similar point in the development of quantum networks and the quantum internet.

Having said that, Aliro has identified several near-term use cases that we believe will be critical to realizing the potential of quantum networks, applications, and eventually, the quantum internet. We’ve already talked about quantum secure communications, which is a big one. We also think that distributed quantum sensing is going to be an early use case. There are already commercially available quantum sensors for detecting light, force, gravity, magnetism, etc. By lining quantum sensors using entanglement the resolution of the sensor network is improved by N-squared.  This will provide far more sensitive radar, inertial guidance, metal detection, etc.

How are companies like Aliro working to make quantum technology more accessible?

There are a couple of important ways we’re making this technology more accessible. The quantum computing landscape today is made up of different types of devices with no standard way of connecting them. To help with this challenge, Aliro enables hardware-independent, quantum-classical network systems. This includes the ability to configure and test quantum network parameters to model noise, optimize loss, and assist in error correction.

Quantum physics and networking is a relatively new and quickly developing field. How do you anticipate this technology will change in the next five years?

The pace of advancement is staggering, I’ve never seen so much meaningful progress happening as quickly in my career – every week brings new headlines and breakthroughs. We’re particularly interested in advancements in quantum memory and repeaters. To realize the promise of entanglement-based quantum networks and the quantum internet, we’ll need quantum repeaters to establish entanglement over long distances without sacrificing quality. And one of the technologies that is key to developing quantum repeaters is quantum memory which can store a qubit for later use.

Advancements in quantum repeaters are heating up, and we think the technology will be ready for commercial use in the next three years. For example, researchers from Delft University have successfully demonstrated quantum teleportation between remote nodes (physical locations) in a quantum network using quantum memories. We expect to see a lot more activity in this space over the next year as researchers and commercial companies, including Aliro, continue to announce significant milestones.

This article is taken from an interview with Aliro Quantum CEO Jim Ricotta that was originally published by Skyla Baily for AZO Quantum. You can find that article here. Aliro Quantum is working with commercial and government customers to develop quantum network prototypes, developing a repeatable and scalable process that can be replicated with many other customers, and helping to develop quantum networking standards by working inside the QED-C and the Internet Engineering Task Force (IETF). All of these partnerships are important efforts Aliro is driving to bring together the pieces needed to build the quantum internet.