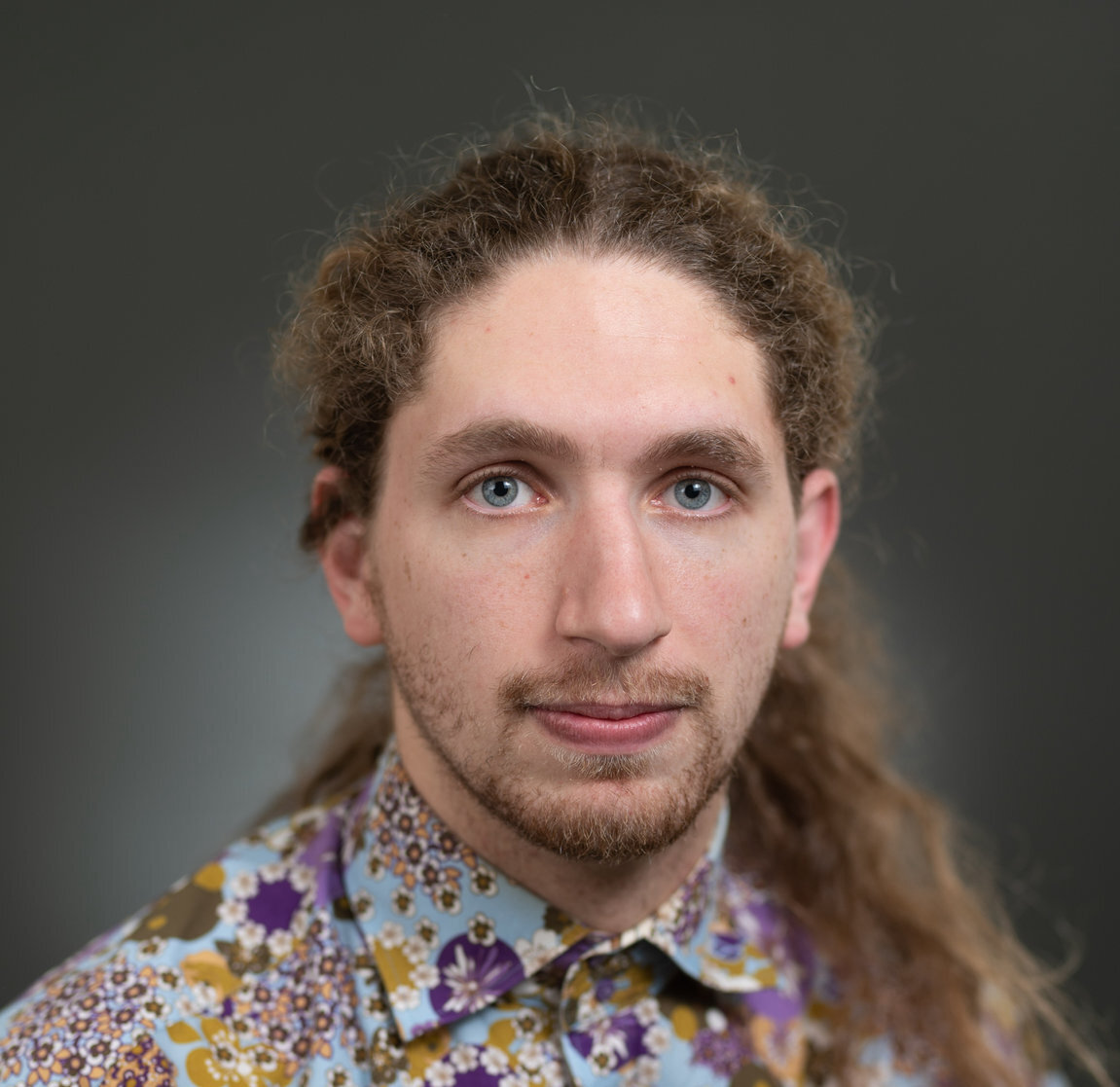 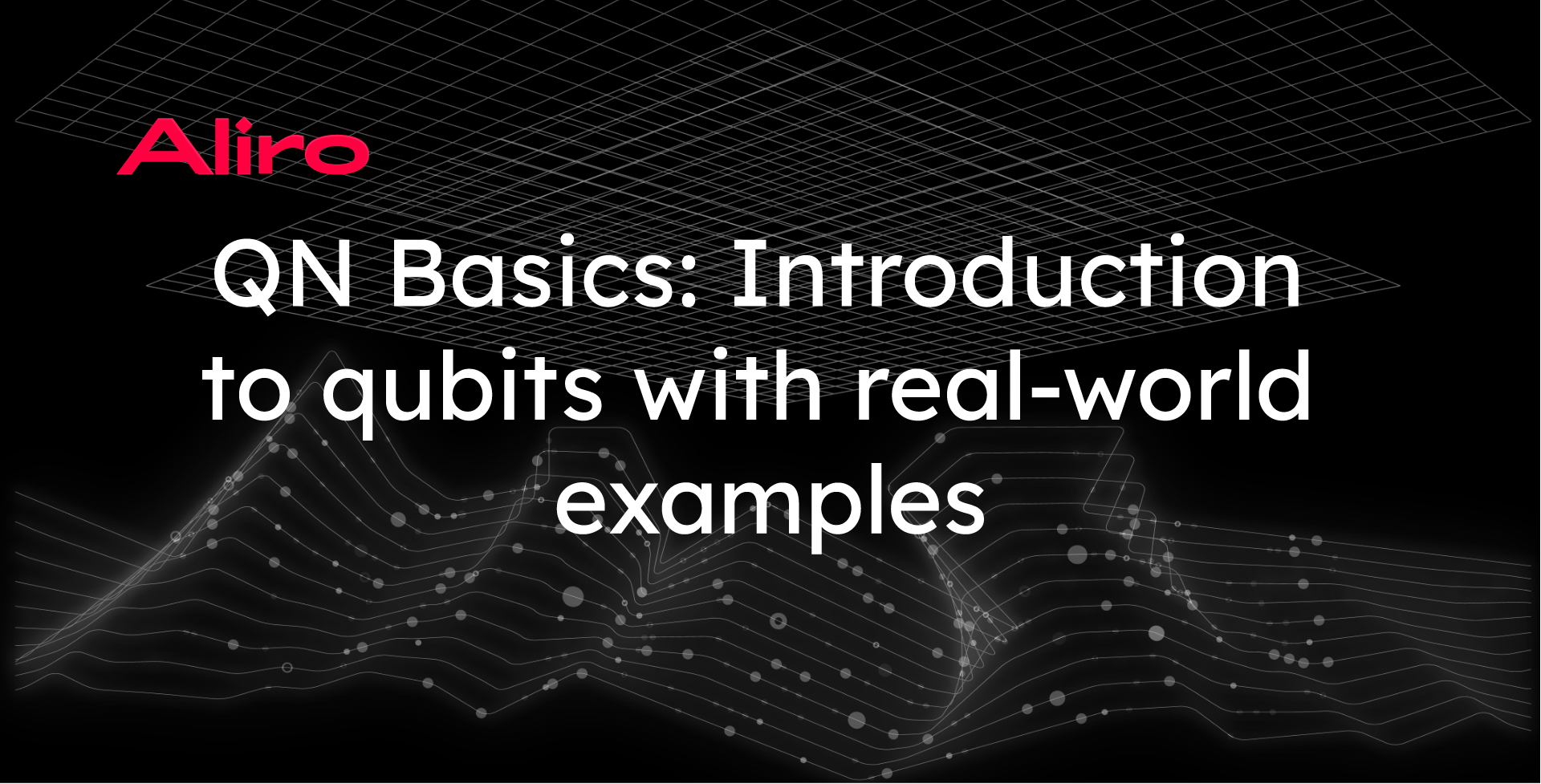 A bit—whether classical or quantum—is a single unit of information. Classical and quantum gates and circuits are “logical” functions that act on these classical and quantum bits respectively. Logical circuits are abstracted from the physical implementation of bits. This abstraction makes it possible to write classical or quantum programs that run across implementations. In this post, we will look both at the logical properties of qubits as well as how qubits are implemented in the real world, through the lens of photonic qubits.

Classical bits are the fundamental building block of classical computers. A bit is capable of storing one piece of information. It either has value 0 or 1. A bit's value can be changed using classical gates. For example, the NOT gate sends bit value 0 to bit value 1, and bit value 1 to bit value 0. There are also gates that take in multiple bits and output a single or multiple bits of information. For example, the AND gate takes in two bits of information and outputs a single bit of information. If the two bit values inputted are 1, the AND gate outputs a 1. In all other cases, where at least one input bit is 0, the AND gate will output a 0. A circuit consists of multiple gates that the inputted bits will go through. We will stop our discussion of classical computing here, but it is amazing to realize that collections of bits, gates, and circuits are the engines that drive our computers, phones, and most other electronic devices.

How do qubits work?

The general one-qubit state equation \(\ket{\Psi}=\alpha \ket{0}+\beta \ket{1}\) provides more information than just the probability distributions for collapsing into the \(\ket{0}\) state or the \(\ket{1}\) state upon measurement. It also parameterizes the phase of the qubit. The phase of a qubit describes how the \(\ket{0}\) and \(\ket{1}\) states, in a superposition, interfere with one another, which will have an impact on how the qubit interacts with quantum gates.  Differences in phase can cause qubits to behave very differently even when the qubits individually have the same measurement probability distributions.

There are infinitely many different single-qubit states in equal superpositions—meaning that there is a 50% chance that they collapse into the \(\ket{0}\) state and a 50% chance they collapse into the \(\ket{1}\) state upon measurement. The difference between these states is their phase. For example, the two states \(\ket{\Psi_1}=\frac{1}{\sqrt{2}} \ket{0}+\frac{1}{\sqrt{2}} \ket{1}\) and \(\ket{\Psi_2}=\frac{1}{\sqrt{2}} \ket{0}-\frac{1}{\sqrt{2}} \ket{1}\), are both in equal superpositions—both have a 50/50 chance of ending up in either state. We might be tempted to think of these as the “same state” because of this. But, we will see an example at the end of the section of just how drastically different the resulting qubit state can be when we send these two states through the same quantum gate. These two states are actually quite useful for quantum information processing, so we give them special names: \(\ket{+}\) and \(\ket{-}\), respectively.

Going beyond a single qubit

We can have multiple qubits in a system. In this section, we will take a look at two-qubit systems. A two-qubit system can be in a combination of the \(\ket{00}\), \(\ket{01}\), \(\ket{10}\), and \(\ket{11}\) states. The two numbers in these states represent the states of the two individual qubits, respectively. In the remainder of this blog, the number on the right represents the state of the first qubit and the number on the left represents the state of the second qubit. For example, for the state \(\ket{01}\), the first qubit is in the \(\ket{1}\) state and the second qubit is in the \(\ket{0}\) state.

To capture all of the possible combination states for two qubits, we give an arbitrary two qubit state \(\ket{\Psi}\) by an equation of the form \(\ket{\Psi}=\alpha_1 \ket{00} + \alpha_2 \ket{01} + \alpha_3 \ket{10} + \alpha_4 \ket{11}\). The sum of the squared magnitudes of the four scalar values must equal 1. Again, the squared magnitude of each scalar value corresponds to the probability that when we measure \(\ket{\Psi}\), we end up in the state the scalar is multiplying.

The only possible resulting states when measuring \(\ket{\Phi^+}\) are \(\ket{00}\) and \(\ket{11}\). This means that if we measure the state of the first qubit, then we will know what the result of measuring the second qubit must be—and vice versa. For example, if we measure the first qubit to be in the 0 state, then when the second qubit is measured it must also be in the 0 state. Entangled states are multiple-qubit superposition states in which measuring one qubit instantaneously affects the states of the other entangled qubits. Thus, \(\ket{\Phi^+}\) is an example of an entangled state.

We will now move away from pure theory and discuss how qubits can actually be realized as real-world systems.

Constructing qubits in the real-world

An n-level quantum mechanical system is a property of a quantum object that has exactly n independent (physically distinguishable) possible outcome states. A qubit can be physically realized by any two-level quantum mechanical system. A qubit can also be physically realized by a multi-level (multi here meaning more than two) quantum-mechanical system, if two of these outcome states can be effectively decoupled from the rest. In a low-energy environment, these two states within the multi-level system can be used to behave exactly like a two-level system.

There are many quantum-mechanical systems that are or can behave like two-level systems, and therefore many potential candidates for what we could use to physically realize qubits. We want physical realizations of qubits and the gates that act on them to behave as similarly as possible to the theoretical qubits and gates discussed above. Noise in the system—uncontrollable errors in quantum states caused by qubits, gates, or measurements—is a major and unavoidable obstacle. To combat noise and other potential issues to the greatest extent possible, we need to choose our physical realizations carefully. There are six basic criteria of a good qubit:

Over the years, many different qubit implementations have been proposed and implemented. Industry leaders are split on the best path forward. In the remainder of this post, we will focus on photonic qubits, a key for quantum networks. We will assume that there is no noise present in our quantum systems when discussing photonic qubits.

Systems of photons work well in general as representations of qubits since they satisfy—to various levels—each of the six criteria listed above. They especially shine—and are commonly used—when it comes to quantum networking. A general goal of quantum networks is to generate and distribute entanglement at a high rate with high fidelity. Photons are a natural choice for communication qubits in quantum networks because they can be transmitted over long distances with relatively little loss of information via optical fibers. There are quantum protocols, which we will discuss in future blog posts, that can even further reduce this loss.

Quantum effects right in front of your eyes: Polarized sunglasses

Believe it or not, you most likely have seen the effects of photon polarization in your own life. Linear polarization of photons plays a key role in the ways in which many daily life objects operate, such as the aptly named polarized sunglasses. Polarized sunglasses use polarization filters, also known as polarizers, to only allow for a reduced portion of the photons to pass through the filter. For example, the filter might only allow for vertically-polarized photons to pass through it. This means that the filter will measure the polarization of each photon with which it comes into contact. Any photon measured in \(\ket{V_p}\) will pass through the filter and any photon measured in \(\ket{H_p}\) will be absorbed by the filter. In most cases, the photons will be in a superposition of horizontal and vertical polarization. In this case, we can only know the probability that an individual photon will be measured in \(\ket{V_p}\) or in \(\ket{H_p}\), and therefore the probability the photon will pass through or be absorbed by the filter. A simple experiment with three polarizers is a fun and easy way to see these mechanisms in action.

More types of photonic qubits and how to convert between them

Other examples of two-level quantum-mechanical systems of photons include:

Each of these types of photonic qubits has its own relative strengths and weaknesses. In just one example, time-bin encoded qubits—created in conjunction with classical time synchronization protocols—are robust against decoherence. However, these qubits do not communicate well with other qubits and thus are harder to entangle. It often turns out that it is easy to convert between different types of photonic qubits. Doing so, we are able to take advantage of each photonic qubit’s differing strengths and weaknesses.

Harnessing the power of qubits

To harness the powerful quantum-mechanical properties that we have discussed in this post, we need to be able to manipulate the physical realizations of qubits. To do this, each type of qubit requires its own physical realizations of the important quantum gates that can act on them. For example, a polarizing beam splitter, which we mentioned in the process mentioned above, can be used as an H gate for path-encoded photonic qubits. We mentioned at the end of the first section of this post that the H gate is often used in the process for entangling two qubits. It should be no surprise then that a polarizing beam splitter is used in several entanglement generation protocols for path-encoded photonic qubits. Entanglement is a very powerful resource for quantum technology and thus entanglement generation protocols are incredibly important. In future posts, we will look closer at how photons can be entangled whether by using beam splitters or other means.