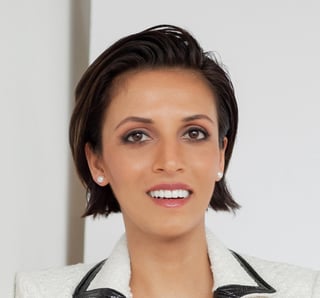 Prineha Narang is an Assistant Professor at the John A. Paulson School of Engineering and Applied Sciences at Harvard University. Prior to joining the faculty, Prineha came to Harvard as a Ziff Fellow and worked as a Research Scholar in Condensed Matter Theory at the MIT Department of Physics. She received an M.S. and Ph.D. in Applied Physics from the California Institute of Technology (Caltech). Prineha is the CTO and co-founder of a Boston-based VC-backed startup, Aliro Quantum, and working towards commercialization of quantum technologies. Aliro recently launched a series of products critical to the development of future quantum networks and scalable quantum information processing.

Prineha’s work has been recognized by many awards and special designations, including an NSF CAREER Award in 2020, being named a Moore Inventor Fellow by the Gordon and Betty Moore Foundation for pioneering innovations in quantum science and technology, CIFAR Azrieli Global Scholar by the Canadian Institute for Advanced Research, a Top Innovator by MIT Tech Review (MIT TR35), and a Young Scientist by the World Economic Forum in 2018. In 2017, she was named by Forbes Magazine on their “30under30” list for her work in quantum engineering. Prineha is also a part of DOE-led NQI Quantum Science Center and NSF-backed efforts in quantum network science, both announced in 2020. NarangLab's research at Harvard focuses on how quantum systems behave, particularly away from equilibrium, and how we can harness these effects. By creating predictive theoretical and computational approaches to study dynamics, decoherence and correlations in matter, NarangLab's work would enable technologies that are inherently more powerful than their classical counterparts ranging from scalable quantum information processing to ultra-high efficiency optoelectronic and energy conversion systems. Outside of science, she is an avid triathlete and runner.