5 quantum networking companies to watch in 2021 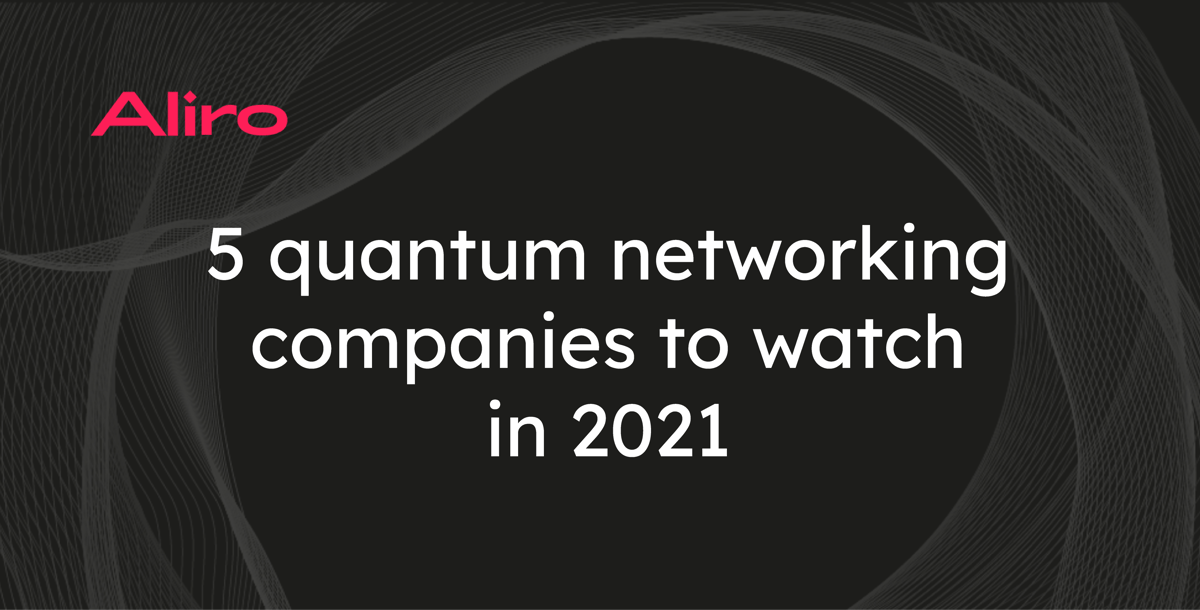 The quantum networking world has been waiting to see how this giant of classical networking would get involved in quantum communication. Recently, we got a sneak peek as Cisco made news with some early signs of their emerging efforts. Alireza Shabani, previously of Google Quantum Artificial Intelligence Lab, announced that he had joined Cisco and that the company was interested in collaboration on research topics in quantum networking. Some topics that Cisco seems to be interested in are:

We're excited to see where these ambitious plans lead in the coming year.

From the announcement: "The quantum internet will enable transformative applications with wide-ranging societal impacts, including physics-based secure communications, ultra-precise long-baseline astronomy, and advances in medical imaging," said Aliro Quantum CTO Prineha Narang, PhD. "But to build these networks, telecom and government organizations have an immediate need for accurate simulation and emulation tools. Aliro is proud to unveil pioneering research and simulation products, significant milestones on our mission to make quantum technologies accessible with a write-once-run-anywhere cloud platform."

This is just the tip of the iceberg for Aliro’s quantum networking products. Keep an eye for more announcements of solutions for quantum network design and management in 2021.

Qunnect has already made progress applying its technology. The company was recognized by IEEE for the planned use of their technology in the quantum network between Stony Brook University and Brookhaven National Laboratory. This year, we should see more updates from this collaboration, which could be a major step towards practical quantum networking.

Unsurprisingly, Verizon has shown interest in getting involved in the quantum communication space. In addition to other efforts, Verizon is now an industry partner on the Chicago Quantum Exchange, a major hub for quantum network development. While it’s still early, we’re hoping to hear more updates from the networking company soon.

Toshiba has already been very active in the quantum encryption space. So far, the company’s focus has been on QKD technology, a kind of encryption that uses quantum networks to establish secure communication. Going beyond experimentation, Toshiba said last year that it expects quantum secure communications to produce revenue of $3 billion by 2030. We’re excited to see what Toshiba and partners accomplish this year.

To stay up to date with the latest developments from Aliro and around the quantum networking industry, sign up for our newsletter.