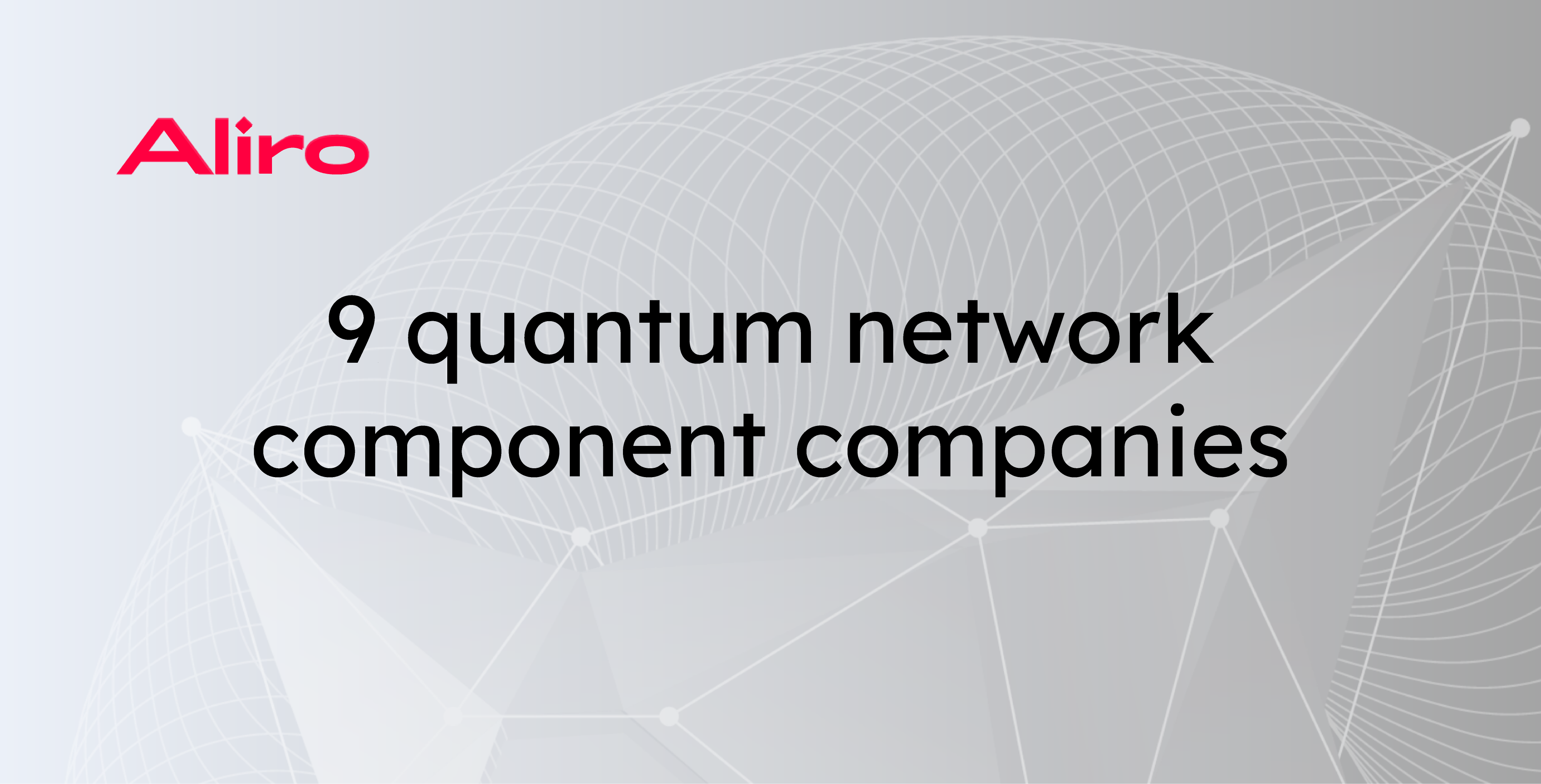 While we hope it helps to give a picture of the space, this list is certainly not comprehensive. Please reach out to info@aliroquantum.com if we missed anyone.

A spin-off from Stony Brook University, Qunnect is aiming to build a suite of quantum network components, including entangled photon sources. Qunnect's sources are engineered to interface with both optical fibers and atomic devices without the need for frequency conversion, a technically challenging step thus far.

Ki3 Photonics Technologies, develops low-footprint and power-efficient photonic systems for the generation of entangled photons over an optical frequency comb spanning the S, C, and L. Their solution is readily-implementable into existing telecom networks, paving the way for quantum networks with parallel/multi-channel information processing.

The Oxford Instruments iXon Ultra EMCCD imaging cameras provide single-photon detection efficiency of over 90%. In addition, the device is capable of detecting correlated photons. In contrast to the start-ups listed above, Oxford Instruments has been manufacturing tools for research since 1959.

A Cambridge spin-out, Nu Quantum specializes in single-photon devices, including both sources and detectors. Nu Quantum has provided components for a partnership with BT to develop a QKD solution in the U.K.

Another academic spinoff,  S Fifteen specializes in photonic quantum technologies for secure communication. S Fifteen offers single-photon detectors that operate at both visible and infrared wavelengths. In addition, S Fifteen makes a suite of other photonics components, including a QKD system.


A new entrant to the quantum network component space, QphoX spun out of TU Delft just this year. QphoX is specifically focused on developing a quantum transduction devices, which they call their Quantum Modem. Their transducer will convert photons between the microwave domain and optical telecom frequencies. This is a key step to enable heterogeneous quantum network components to integrate with each other.

Miraex offers photonics components for sensing, networking and computing. Their Quantum Transducer converts microwave wavelength photons to the optical domain at the single-photon level. Because quantum networks will need to interface with a variety of components, transducers will play a key role in enabling interoperability.