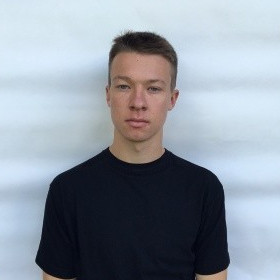 As quantum capabilities keep growing, it is important to ask how scaling will affect both individual devices and large scale quantum networks. On the micro scale, single devices will have to consist of multiple quantum “cores” which connect together to become one large device, whereas on the macro scale many devices will come together in unison to provide one effectively massive quantum computer. In both of these cases, distribution of tasks on subunits will be of utmost importance to get the most out of the quantum capability we have created. For Aliro, part of our research is focused on this so-called “distributed quantum computing.” In short, this amounts to finding ways of connecting multiple quantum units together to compile and/or implement a quantum algorithm.

The first question that comes to mind is why are multiple subunits necessary? Why can’t we just build larger individual devices? The answer to this comes from the hardware implementation details, especially when we look at trapped-ion or even potentially hybrid devices. Although ion traps can fit many ions, the necessity to address individual ions with lasers only allows for so many to fit in a given trap. Unless someone were to build an ion trap the size of, say, a soccer stadium, it makes much more sense to hook up multiple traps together using cross-device entanglement. This is not an entirely new concept, and has been discussed at length by the folks at IonQ, a trapped-ion hardware maker, and University of Maryland (see here), and we can anticipate this sort of structure will dominate many types of hardware in the mid to long term. For instance, if we wanted to create a device that uses both superconducting loops and ions (this could take advantage of the various pros/cons of each, like longer coherence times for ions or faster gate times for superconducting loops), we would already need to consider this distributed quantum computing question in some detail. Past these subunits on a single device, when we take a further step out and think about networks of devices we can immediately see that a similar problem arises, and the solutions will be the key towards building large computing setups in the future.

When it comes to designing algorithms for distributed computing there is actually some precedent to go off. As early as 2004 there was a paper describing how to implement Shor’s algorithm for factoring large numbers using a distributed setup, which expectedly has an emphasis on non-local interactions. In general, we will want to avoid any multi-qubit gates that consist of qubits across devices as those will be the toughest to losslessly implement, but inevitably we must communicate across devices. Thus, there is plenty of space here for compilation solutions as well as designing hardware that can use non-local entanglement efficiently. Quantum networks hope to achieve this, which would allow us to not necessarily need multiple devices in a single room (and not need individual groups to build multiple devices!), but instead collaboratively compute with the help of others.

At Aliro, our main focus is to enable distributed quantum computing via networks of quantum nodes; this is one of the main goals of quantum networks after all. We hope to do this by using hardware-aware compilations and designing networks such that we can efficiently and optimally allow devices to talk to each other with the end goal of finishing a particular computation. In addition, we believe other researchers can take advantage of these networks to start to design algorithms and protocols that will make effectively massive quantum devices possible in the near future, which gives us the inspiration to deploy these capabilities to the community.