Recapping government funding news for quantum networks in 2021 so far 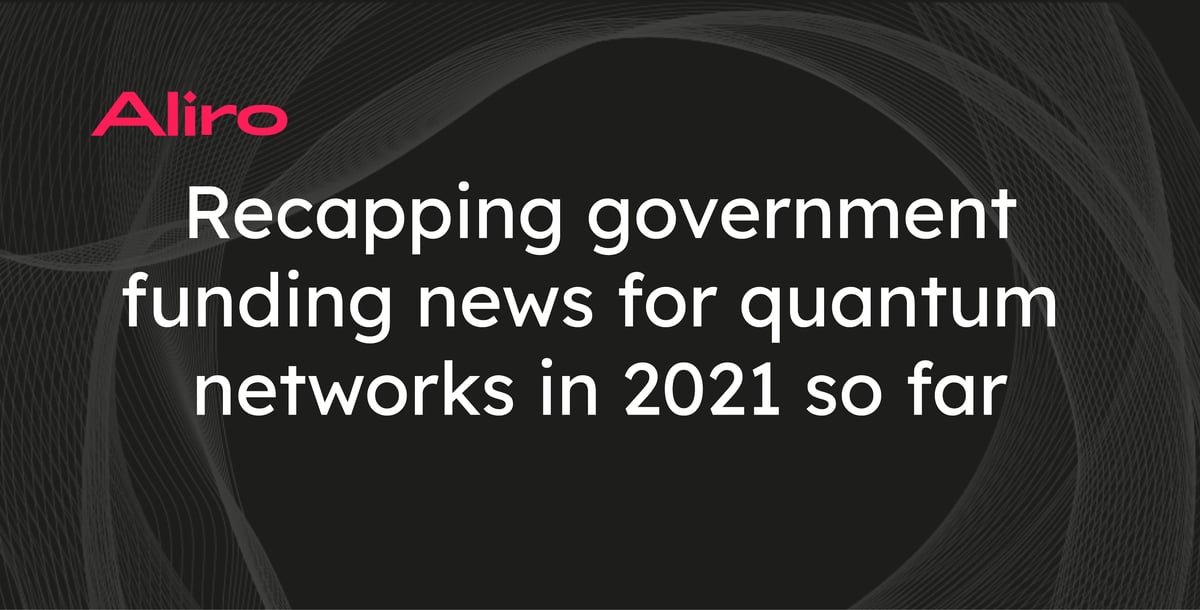 In a parallel to the origins of today’s internet, governments around the globe are already playing a major role in the development of quantum networks. Public funding enables the key fundamental discoveries that will enable future commercial applications.

Here are some of the most notable government funding announcements from 2021 so far:

Just yesterday, news broke about Germany’s $2.4 billion dollar plan to fund quantum information science (QIS). The plan would jump Germany to the shortlist of leading quantum technology funders. While this funding would not be specific to quantum networking, the scope of the effort would certainly have an impact on the field. Today’s headlines focused on the development of a quantum computer in Germany, but previous reports have emphasized the development of quantum communications technology as well. We’re excited to see how this planned funding materializes into new quantum technologies.

[US] DOE announces $25 million in funding for quantum internet research

In April, the Department of Energy (DOE) announced a new $25 million program directed specifically at quantum network development. The DOE has previously been a leader in the race to a quantum internet, with their 2020 Blueprint for a Quantum Internet. This new funding is directly related to the blueprint—awardees will demonstrate progress towards milestones laid out by the plan. Ultimately, the goal is to develop a regional scale—intra-city or inter-city—quantum internet testbed.

Earlier this year, the Netherlands announced another mega-funding effort through a public-private partnership, QuantumNL Delta. The investment will support objectives including scaling up to 100 start-ups and 2,000 PhDs and engineers by 2027. Like the German news, this funding will go to a wide variety of quantum technology efforts. However, quantum networking will clearly have an impact -- the Netherlands has been a leader in quantum networking research in recent years. For example, researchers at QuTech, a group affiliated with QuatnumNL Delta, recently demonstrated the first multi-node quantum network.

2020 efforts are in full swing

Late in 2020, we saw some significant funding announcements directed specifically at quantum network development. Some of these efforts are now in full swing, with labs beginning to be established. Here’s a look on some efforts announced in 2020 that are now making progress:

To develop an error-corrected quantum network with connectivity with a rate of entanglement distribution of 1 mega qubits per second over metropolitan-scale distances, simultaneously for multiple user pairs, supported on a network backbone made of optical fibers, quantum repeaters and switches.

These announcements just scratch the surface of government activity in quantum networking. As time goes on, we’re likely to see more specific efforts emerge from the many large national pushes. To stay up to date on the latest announcements as they develop, follow the Aliro Newsletter in the footer of this page.