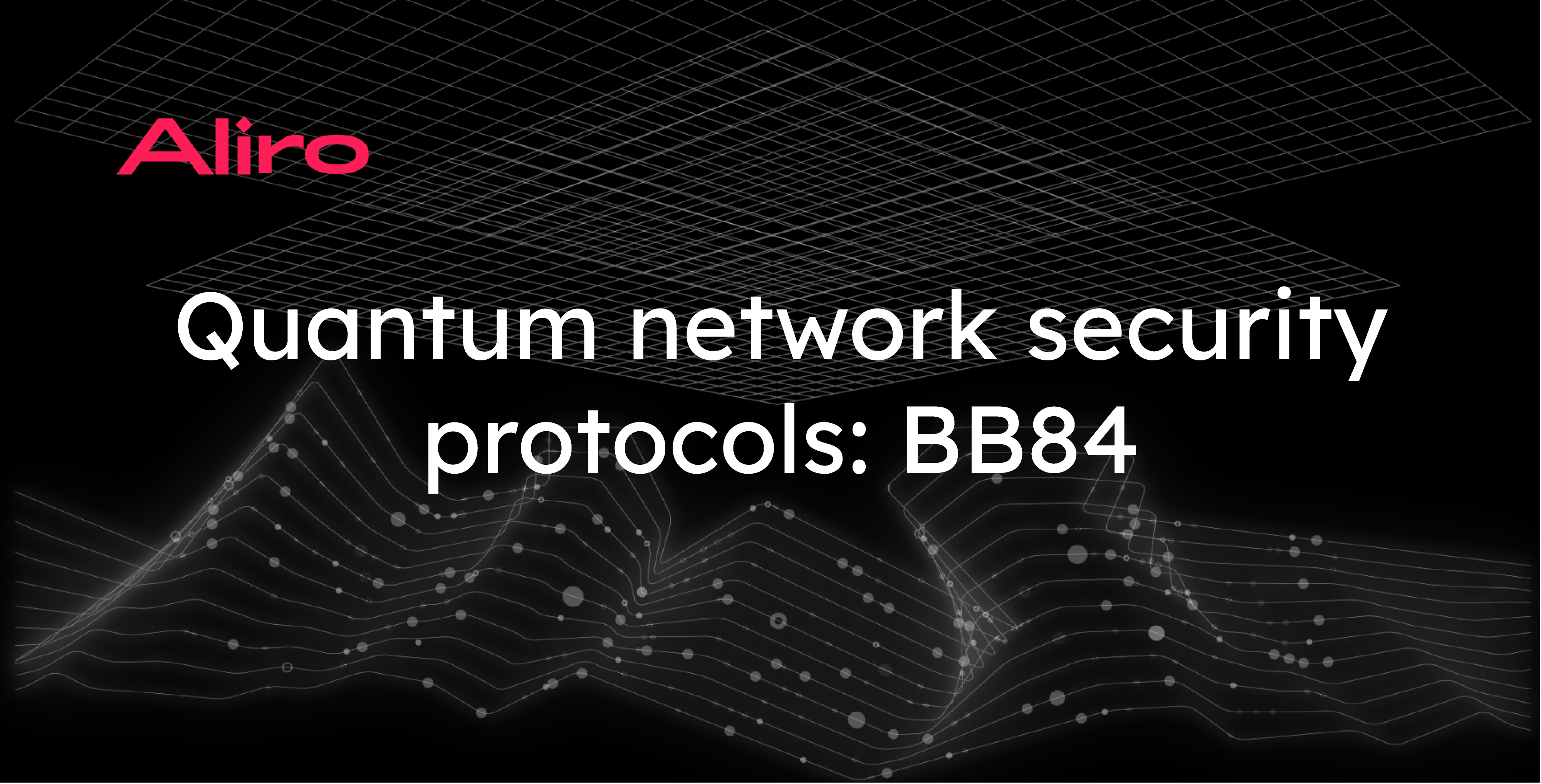 What if the internet was protected by the laws of physics? Quantum networks will enable provably secure communication by taking advantage of fundamental quantum mechanical properties. With the power of quantum networks, we will be able to build an internet that is free from the threat of man-in-the-middle attacks or even the advent of more powerful quantum computers, which threaten the encryption protocols commonly used on the internet today.

But first, we need to take a quick detour to look at a technique from classical communication. Imagine that two people, Alice and Bob, are trying to communicate securely across some network, such as the internet. Using a technique known as a “one-time pad,” Alice and Bob could communicate safely as long as they can agree on a “secret key” -- a random string of 0’s and 1’s -- ahead of time. This technique has a long history and even pre-dates the internet.

How quantum networks can help

While in theory this kind of communication cannot be hacked, it’s not practical on the classical internet for an obvious reason -- there’s no way for Alice and Bob to agree on a secret key without risking a third party (let’s call them Eve) intercepting the message. This is where BB84 comes in. Using a quantum network, Alice and Bob can agree on a secret key with confidence that no one else is listening in.

Getting into the details: BB84 protocol

STEP 1: First, Alice randomly picks an initial key (for example, by flipping a coin repeatedly). Then, she prepares qubits corresponding to each of the bits of her key. While she is doing this, she includes one trick -- for each qubit, Alice randomly chooses one of two different bases to prepare the qubits in. All that you need to know about bases is that we need to know which basis Alice used to prepare the qubit when we later try to measure it. If you accidentally measure the qubit in the wrong basis, you’ll get a random answer -- like flipping a coin from scratch again. In other words, you can only extract the bit that Alice stored in the qubit if you know the basis she used or happen to get lucky.

STEP 2: Now, Alice sends her qubits to Bob across a quantum network. She could do this, for example, using quantum teleportation.

STEP 3: Once Bob gets the qubits, he measures each of them, randomly choosing a basis to measure in. You might be noticing a problem! On average, Bob will choose the wrong basis for half of the qubits. Resolving this takes us to step 4.

STEP 4: Finally, Alice and Bob need to figure out for which qubits Bob used the wrong basis. Since the qubits have already been safely measured, they no longer need to protect this information, so they can each simply announce their bases on the classical internet. Now that they can see which qubits Bob used the wrong basis for, they will simply throw away those bits and use the others for the secret key. That’s it! Now Alice and Bob can communicate securely.

Checking for an eavesdropper

What about our attacker, Eve? What if Eve was able to intercept the qubits on the way to Bob, measure them, and then discretely forward them on? Here, the laws of physics give us protection. Unlike classical bits, qubits cannot be copied -- this fact is known as the “no-cloning theorem.” Since Alice and Bob announce their bases only after Bob has received all of his qubits, and since Eve can’t make copies, we know that Eve would have had to have measured the same qubits that she sent to Bob. This is how Eve gives herself away!

Since Eve doesn’t know the bases, she’ll have to guess. So, for half of the qubits, she’ll accidentally guess wrong. When she does this, she actually affects the qubits themselves without realizing it. When she later sends the qubits to Bob, they will have taken the new state that was randomly generated by Eve’s incorrect guess. These missed guesses give Alice and Bob a way of spotting Eve’s intrusion.

To see if Eve interfered with the qubits in transit, Alice and Bob simply pick some bits of their key to announce on the classical internet. If the bits don’t match, they know that Eve must have interfered and measured their qubits, causing them to change states. In this case, they can simply run the protocol over again. If all of the bits that Alice and Bob compare match, they know that their communication channel has not been interfered with.

While BB84 is a powerful protocol, it’s just the first step in secure communication using quantum networks. Many additional protocols have been developed since and many more are still being worked on today. To take advantage of these protocols for practical applications, we first need to build large-scale quantum networks that can provide Entanglement as a Service (EaaS) more broadly.