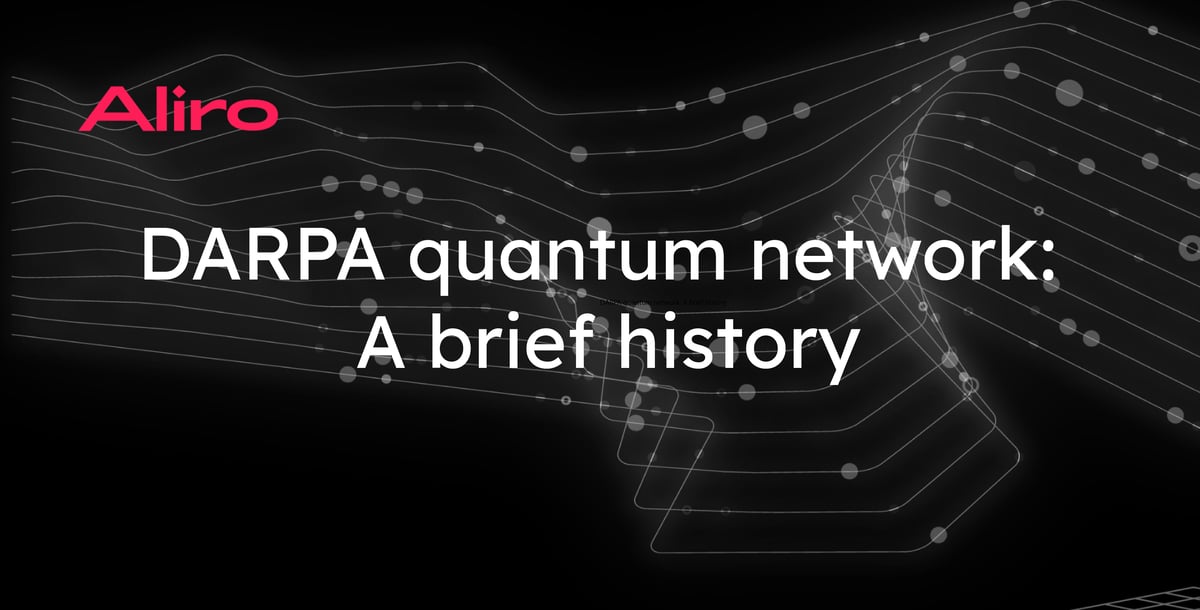 What was the DARPA quantum network?

The DARPA QN was a 10-node quantum key distribution (QKD) network built in Boston and Cambridge, Massachusetts that ran from 2003 to 2007. The first pieces of the network went live in October 2003; later the network was extended to two nearby universities using fiber running under the streets of Cambridge.

The network went beyond previous demonstrations of single-link QKD to create a network of interconnected nodes—giving it claim to the title of “first quantum network.” While this network didn’t include the technology needed for large-scale QNs (such as quantum repeaters), it was a major step towards the development of future QNs. The program demonstrated the feasibility of QKD protocols on a network and contributed several other achievements, including the development of a record breaking QN component and the demonstration of a quantum attacker.

Recap: What is a QKD network?

QKD networks are special-purpose QNs that are used for running a special type of quantum-enabled cryptographic protocols, known as quantum key distribution (QKD) protocols. QKD uses properties of quantum states to enable cryptography beyond what is possible with today’s classical algorithms, including protection from quantum computers in the future. Perhaps the most well known QKD protocol is BB84, which launched the field of QKD research. While QKD can provide valuable protection, QKD networks, like the DARPA QN, are not general purpose QNs—they cannot be used for the other exciting quantum networking solutions and applications, like distributed quantum computing or quantum sensing.

Achievements of the DARPA QN

Beyond proving the concept of the first QKD network, the DARPA quantum network led to several important innovations. The network ran continuously for several years, allowing for practical testing of a variety of protocols and algorithms, as well as the development of new protocols and variations.

As part of the project, researchers demonstrated the first superconducting nanowire single-photon detector, a new kind of detector for measuring individual photons. The detector was found to be at least 20 times faster than any existing detector at the time. This technology has outlasted the network itself and has proven to be incredibly useful for photon detection in general, a key component of any quantum network.

Another notable achievement of the project was the first demonstration of a quantum eavesdropper. A key feature of QKD is the ability to provably detect an eavesdropper using the properties of quantum states—in theory. Using the working DARPA network, researchers were able to empirically test what would happen in the presence of an attacker. These results helped push the study of QKD closer to reality.

While the DARPA QN was the first QKD network, it was not the last. Similar efforts have been created around the world in the time since. Subsequent academic demonstrations include the SECOQC network in Europe, the QuantumCity network in South Africa, the Tokyo QKD network, the SwissQuantum QKD network, and the Cambridge quantum network. Industry has gotten involved as well. For instance, Toshiba and BT teamed up to perform a QKD demonstration last year.

How does this relate to general purpose quantum networks?

While all this progress in QKD networks is exciting, the next step to general purpose quantum networks using quantum repeaters will be even more impactful. At the conclusion of the project, the DARPA researchers wrote that extending networks using quantum repeaters would have “almost unimaginable consequences.” While the technology was not ready at the time, QN technology is now reaching a turning point. For example, Delft researchers recently demonstrated entanglement swapping, a key technique for QNs based on quantum repeaters. Extending these innovations will lead to general purpose quantum networks that can support unhackable quantum security and large scale quantum computing, among other applications.