Quantum network research centers in the US 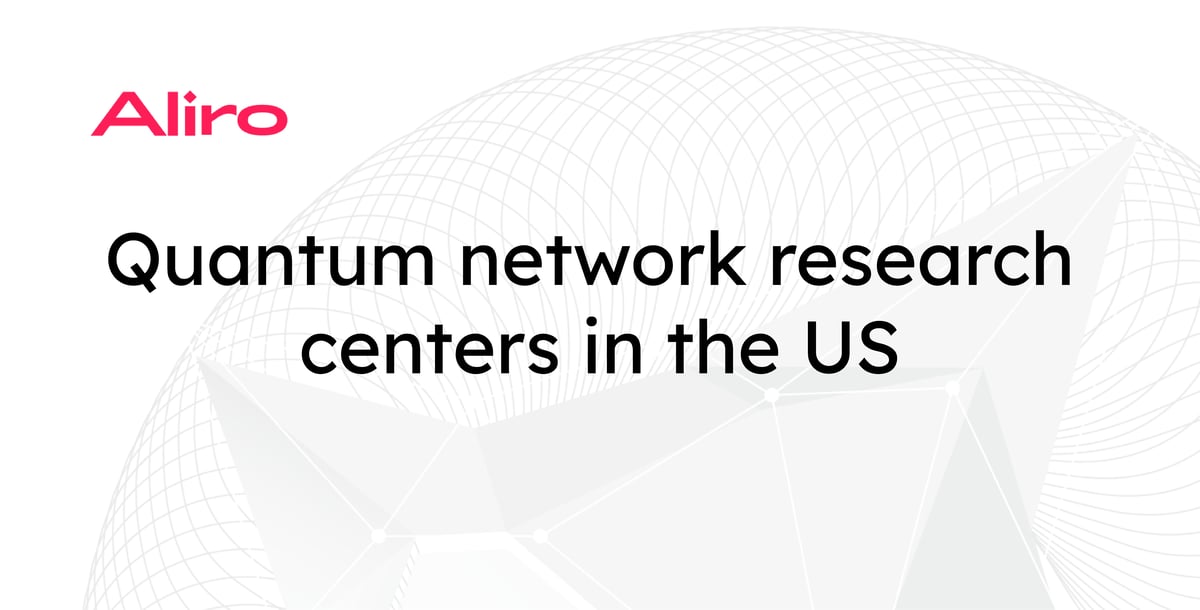 In the U.S. and around the globe, government has been playing a major role in driving QN research. Within the U.S., this has resulted in the creation of a number of publicly funded “centers.” The centers have already become hubs of innovation, drawing together government, academia and industry. Government-funded demonstrations of quantum networks date back to the DARPA QKD network in 2003. Since then, a number of new centers have sprung up with a variety of focus areas and goals. This trend has been picking up pace both in QN and in quantum technology more broadly. Last year the DOE announced the creation of 5 quantum-specific research centers with funding totalling $625 million over 5 years. In this post, we’ll take a look at some examples of U.S. research centers working on problems related to QN.

As part of the National Quantum Initiative Act, the DOE and the NSF have begun the establishment of national centers across the range of quantum technology. The DOE established the five National Quantum Information Science (QIS) Research Centers mentioned above and NSF launched three Quantum Challenge Leap Institutes (QCLI). We’ll take a closer look at two specific centers that have adopted a focus closely related to quantum networking: Q-NEXT and HQAN, established by the DOE and NSF programs, respectively. We’ll end by briefly looking at other “center-scale” efforts going on around the country. 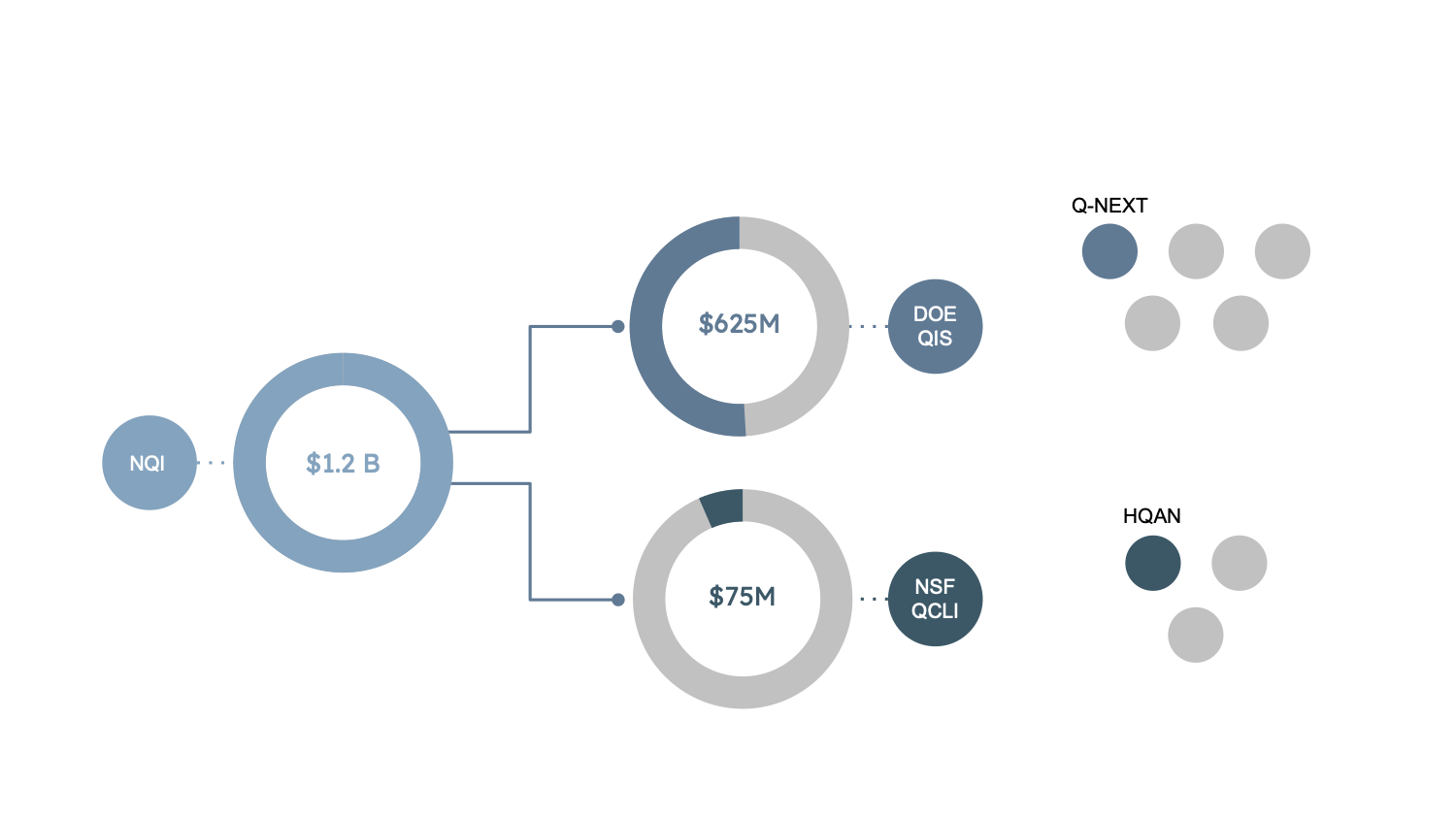 Summary of centers covered in the post. Note: for a comprehensive view of the national center landscape, visit https://quantum.gov

One of five National QIS Research Centers established in 2020 by the DOE, Q-NEXT has a mission to “deliver quantum interconnects and establish a national foundry to provide pristine materials for new quantum devices.” In addition to the $115 million in funding from the DOE, Q-NEXT reports $93 million in funding from partner organizations. Quantum interconnects are a key technology needed to enable quantum networking. Q-NEXT’s vision is to help develop the technology that will enable applications in secure communication, distributed sensing, and scaling quantum computers.

Q-NEXT is led by Argonne National Lab, located outside of Chicago. In addition, Q-NEXT has a large network of partner organizations, including two additional national laboratories, nine academic partners, and ten industry partners.

Distributed quantum computing (DQC) will be a major application area of quantum networking technology. The promise of DQC is that by interconnecting many smaller quantum computers, we can achieve a much larger scale of devices than would be possible by building larger and larger monolithic devices. HQAN describes their goal as “[tackling] the challenge of scaling quantum processors by pursuing an alternative paradigm: distributed quantum processing and networks composed of a hybrid architecture.” HQAN is seeking not only to connect multiple quantum processors together, but to interconnect processors based on different technologies. This might enable, for instance, taking advantage of the benefits of both superconducting and trapped ion qubits.

In addition to the recently established NQI centers, a number of additional national centers are making progress on quantum networking as well. While we won’t be able to cover all of them here, we’ll briefly mention some examples of related efforts.

CQN, an NSF Engineering Research Center (ERC), was established in 2020 with $26 million in funding. CQN is an example of a center working directly on key challenges facing the construction of large-scale quantum networks. CQN’s goals include developing metropolitan-scale quantum networks with high entanglement rates. This effort will include foundational technology development, including optical fibers, quantum repeaters, and switches.

National Labs have been a huge driver of innovation in quantum networking technology. For instance, researchers at Stony Brook and Brookhaven National Laboratory are in the process of building the LIQuiDNet test-bed. Elsewhere, similar efforts are underway at Lawrence Berkeley National Laboratory through ESNet and Argonne National Laboratory. These efforts just scratch the surface on the active research taking place across other national labs and additional centers. For a more complete list, see NQCO website.

Note: Aliro is an industry partner of CQN and HQAN.