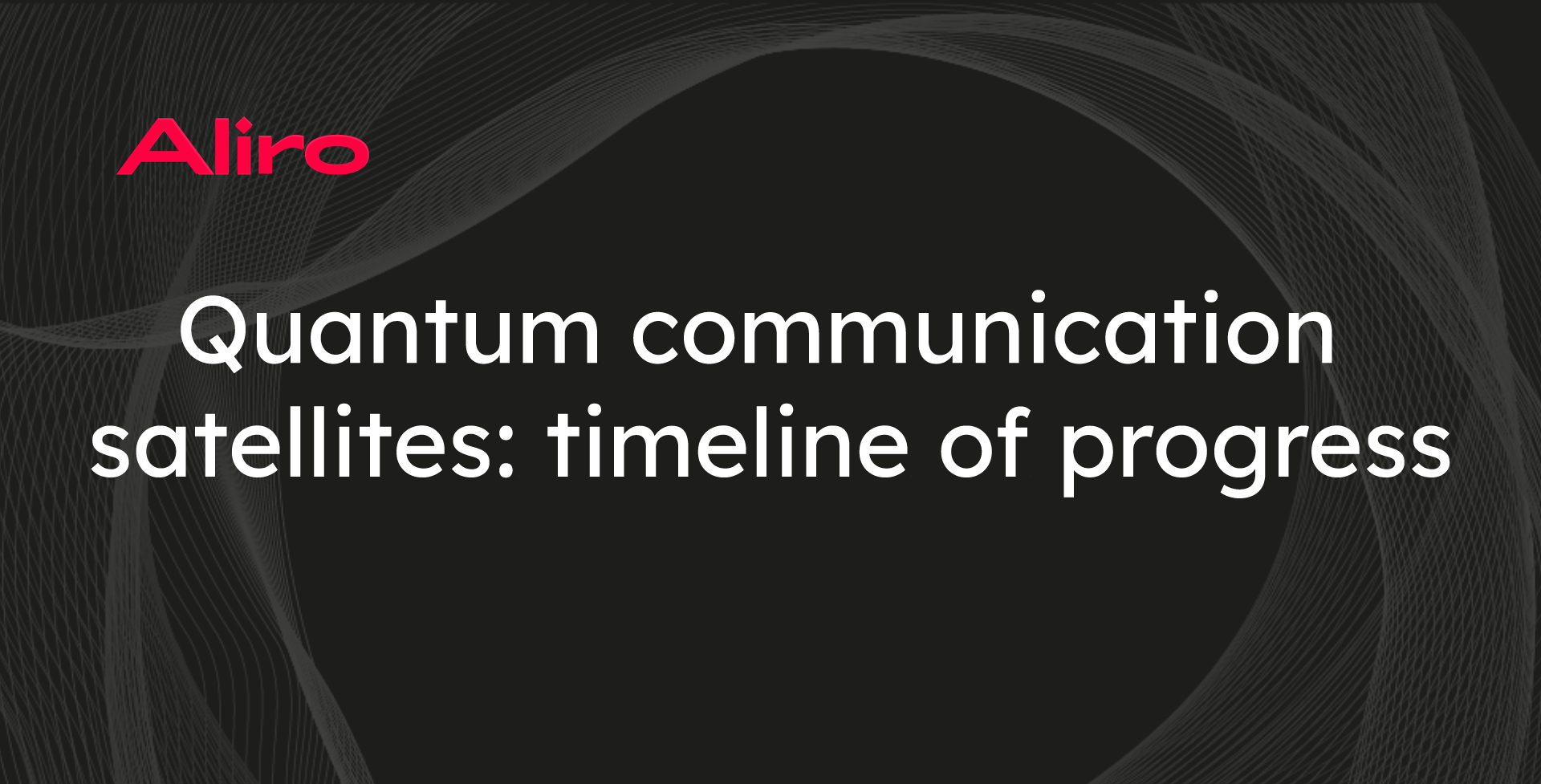 Quantum communication uses the unique properties of quantum entanglement to enable new applications like ultra-secure communication and a new generation of high-performance computing. Today's quantum networks are limited in range. Noise impacts fragile quantum states and causes them to be lost at distances longer than a couple hundred kilometers. On the ground, quantum repeaters can extend quantum networks by building long-range entanglement through a series of hops. Satellites offer a complementary approach by transferring qubits directly through the skies. In this post, we'll review progress towards quantum networks using satellites.

What does a quantum satellite do?

Satellites can be used to establish quantum communication over much longer distances than can be achieved today on the ground. Quantum states such as photons are very fragile. To transfer photons on the ground, they are typically sent along connections in fiber optic cables, the same kind of fiber that is used in today's internet. In fiber, photons are lost to noise very quickly—a distance of a few hundred kilometers. In the air, also known as 'free space,' photons can travel much longer distances before being lost.

Satellites can be used as part of a larger quantum network architecture to connect local ground-based quantum networks across long distances. Connecting networks in this way would build a network of networks, much like today's internet. Satellites offer a near-term approach for building a global quantum network.

Satellite quantum communication had a breakout year in 2016 and 2017 with the ground-breaking Micius satellite and a series of follow-on experiments. These demonstrations paved the way for the future of satellite-based quantum networks.

This year, satellite-based quantum communication is moving from the lab to practical networks.

To stay up to date with the latest progress in satellite quantum communication and other developments in quantum networks, sign up for the Quantum Connect, Aliro's monthly newsletter, in the footer of this page.